You are currently browsing the monthly archive for August 2013. 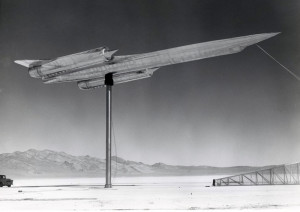 In August the CIA officially acknowledged that Area 51 in Nevada does exist, and the agency came clean about their “weather balloon” and “foam party” cover stories. Area 51, located 83 miles (133 km) northwest of Las Vegas, has for over 50 years been a place of mystery. As highlighted by several media outlets, the official CIA document covers how Area 51 acted as test facility for Project Aquatone, the top secret development of the Lockheed U-2 strategic reconnaissance aircraft. It was also base for Project OXCART, the aerial reconnaissance programs, from 1954 to 1974, intended to create the successor for the U-2 spy plane, the Archangel 12 (A-12). There are still unconfirmed suspicion that the Atomic Energy Commission carried out secret projects at the site. 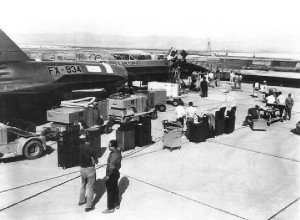 YF12 / A12 Prototype at Area51. Please observe the tool desks and adjustable craft benches in the foreground.

The documents were released in response to a Freedom of Information Act request submitted by  the National Security Archives, in 2005. The archives submitted the request as part of a continuing study of artisans within the aerial surveillance programs and according to the CNN they were not given any explanation of why the new documents were less redacted than previous versions declassified by the agency.

As revealed in the CIA documents, the special teams developing and constructing the prototypes at Area 51 were top graduates from schools such as RISD, CCAC and Parsons, as well as experienced aviation engineers from top institutions across the US. But perhaps unexpected to some, the teams also included several artisans from fine craft studios. Not least the development of the titanium body for the Mach 3 A-12 required expertise in detailed corpus jewellery craft and fine joining and welding. They came to represent the total overlap between the “streamline moderne” designs of design and craft, high modernism, and the military applications of design and craft into Cold War armed politics.

The CIA report also reveals the A-12 related Aquiline project, a six-foot remote controlled drone designed to look like an eagle or buzzard in flight. As part of its development, the CIA had secretly set up a crack-team of ornithologists, taxidermists and wild-life artisans. The drone was according to the documents powered by a chainsaw engine, first donated by one of the artisans at site who had come up with the idea when crafting a rough decoy wood replica of the A-12 in fresh greenwood. Interestingly enough, only traces of the artisan involvement in the story is left in the CIA document (page 339-340), as much is erased by censors. 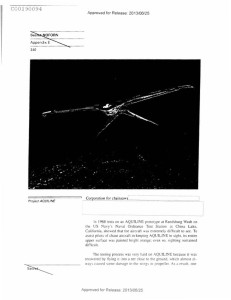 The Aquiline drone, developed in the 1960s, carried a television camera in the nose, as well as sensors and electronic surveillance equipment. It also made bird-like sounds as a mode of secret communication with ground operators. According to some sources the project was hibernated in the 1980s, but it would later become the famed high-tech Predator-drone. However, the project still seems ongoing, as the Pakistan government claim they grounded a bird-like drone over Chaman, near the Afghani border, in 2011. According to released photos this drone looks very similar to the original models of the Aquiline, even if the wood work (probably in Balsa, Ochroma Pyramidale) seems very rough and not as refined as in the earlier models. 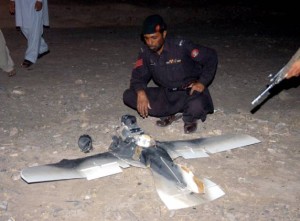 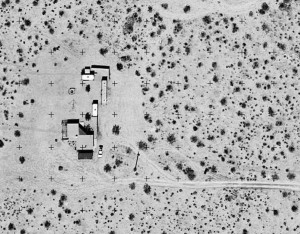 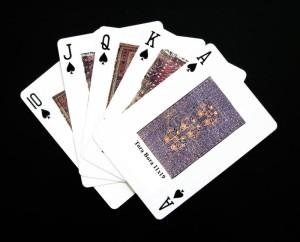 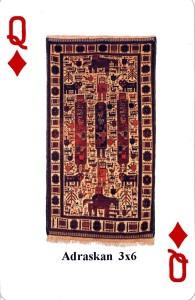 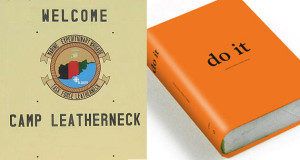 With the e-flux-powered network “Do It,” the neo-liberal infiltration of fluxes art finally meets the frontiers of rural Afghan communities.

Socially engaged practices have been part of the US counterinsurgency strategy for nearly a decade, but after years of struggle this initiative, developed between the Pentagon and Eric Brost, a former collaborator of Hans-Ulrich Obrist, have finally reached the Afghan mountains. The über-curator Hans-Ulrich started the Do It collaborations in 1993. Over the past 20 years, exhibitions and events on the classic Fluxus theme of “Do It”, or various modes of Do-It-Yourself Art, have been staged across various biennials and internationally renowned galleries. Engaging famed artists from Damien Hirst and Yoko Ono to David Lynch and Ólafur Elíasson, as contributors, the exhibition has reached deep into the social body of western capitalism and its “alternative” art scenes. With its matter-of-fact, step-by-step socially engaging recipes, it has been a sweeping success within the global art world, from the Chelsea galleries to the emerging street scenes. Now its latest incarnation has finally reached its height, infiltrating Taliban resistance in the rural Helmand province in Afghanistan with social aesthetics. Finally, Do It: The Compendium (2013) has reached the forward-operating Socially Engaged Art (SEA) teams in the villages.

These teams operate in close collaboration with the ethnographers and sociologists from the Human Terrain Systems (HTS) which have used similar “technologies of the self” since 2007, when HTS became a permanent US Army program. The integration of artists and artisans within the armed forces has caused several controversies over the years, not least after the 2011 CIA-CARPA-sponsored show “Crafting the Social” at Kunstwerke in Berlin, where art magazines such as Frieze and Texte Zur Kunst raised concerns. However, this has not limited the growth of the initiative nor its attractiveness amongst artists. According to BAE Systems, one of the contractors for this US strategy, the CARPA-run part of the program has grown from five deployed teams and a $20 million two-year budget in 2011, to one with 31 deployed teams and a $150 million annual budget in 2013. Questions remain however, how much good relational aesthetics will do to the civil population of the Helmand province.

With a brand new auxiliary-artist-in-residence program in Helmand, led from Camp Bastion, the main British military base in Afghanistan, the artists-in-residence can now reach deeper into the social fabric of both villages and insurgent communities. Camp Bastion, accommodating 28,000 people and two artist-run galleries, is situated northwest of Lashkar Gah, the capital of Helmand Province, and is also the site for the upcoming biennale of 2014. Since its founding in 2003, the base exists to be the logistics hub for ISAF operations in Helmand, as well as base for the British YBA’s self-organizing art-maker-space, called Camp Deleuze (or D-Camp). Headed by CARPA-trained artist Grant Prosper, former assistant of Tracey Emin, Camp Deleuze also houses the regional US IASTAR units (Intelligence, Art, Surveillance, Target Acquisition, and Reconnaissance).

According to the leak, the “Do It” manuals of Rirkrit Tiravanja (“Untiltled” 1994), John Balderssari (“How to Kill A Bug” 1996) and Liam Gillick (“Stay At Home And Think About How To Change Things” 1995) have been epecially powerful in the social art projects arranged for the Afghan locals in the mountain villages. However, as a critic from Frieze magazine have noticed, the Tiravanja piece has been used by the US-trained Human Terrain Teams (HTTs) around the Helmand province since early 2007 but neither improved the cuisine nor the discursive impact of Derrida amongst the locals.

The latest leak exposed to US media concerned a dispute around some of the Do It projects, when some of the artists’ payment was made in Eagle Cash (or EZpay), the cash management applications for “closed-loop” operating environments of the US Armed Forces. The artists, usually paid in US Dollars as other mercenaries, were upset that this move limited their right to leave the social conflict zone, and its Rancierian “Dissensus,” after looting both local trust as well as US tax money. While some artists suddenly saw themselves as serfs to the US state strategies, some Marxist artists, following the ideas of Herbert Marcuse, recognised that all DIY-based art was already infiltrated by capitalist hegemony.

However, during this summer, a new art incident reached the public news under the scandal concerning the establishment of “Fort Leatherneck” (Marine Expeditionary Brigade Task Force Leatherneck). Leatherneck has, since 2009, been the possible future base camp for SEA operations, as well as the site for the future Guggenheim Helmand. The scandal may risk the future development of many CARPA-sponsored Armed-Conflict-Art-Projects (ACAP) between curator general Supko and Brost, as these has been commanded directly under Defense Secretary Chuck Hagel. See Fox News & Washington Post for more information about the $34 million USD Leatherneck Headquarters dispute (including two artist-run galleries and prospecting for the new Guggenheim Helmand).