You are currently browsing the archive for the crochet category.

Temporary loss of faith in US Soft Power?

This week’s news on the crash of Etsy stock may need some closer examination.

We have long known how art has been a part of foreign policy and the projection of US power. But as the frontiers of aesthetics change like any other trends, also the militarized interests in art morph. The neo-liberal offensive across the globe from the banking sectors in Washington and London and their allied aesthetic bases in Basel and Geneva has over the last decades infiltrated almost any art institution. The corruption of the last strongholds of marxism, the cultural sector and biennales, cased extreme frustration within ”radical” elements of the art world and many migrated their practices towards more ”social” or ”rhizomatic” projects, in a last effort to remain loyal to their long dead philosopher-king. Yet, as we have repeatedly revealed by leaks from CARPA, also the last bastion of ”radical” cultural practices has now fallen.

In his essay ”Contemp(t)orary: Eleven Theses” curator Cuauhtémoc Medina criticizes how a global elite of capital and artists have become ”nomadic agents of global culture”, hidden under the utopian ring of the word ”contemporary art.” Yet, as Medina underlines, this global spread of the cultural values of the free west is nothing more than another layer of domination by ”the new private jet set and a jet proletariat” reproducing what he strikingly calls ”NATO art.”

Within the global art world, ”the constant collusion of perfume and theory”, the last refuge of modern radicalism sees itself becoming displaced by their very own anti-capitalist tactics as the ”relational” art is yet again consumed by reinvented forms of rhizomatic power: something already foreseen in Sun Tzu’s classic treatise on armed conflict: The Craft of War.

As one of the many facades of CIA and CARPA, Etsy has been a loyal distributor of US soft power across the globe since its founding in 2005. At the height of the Iraq insurgency, and the global ”war against terror,” The Multi-National Force – Iraq (MNF–I), needed new strategies to tackle the spread of anti-american resentments. With the help of CARPA, the Department of Defense winded up the investments in soft power to complement the rise on military spending.

This fitted well with the previous CIA and CARPA soft offensive they called the ”resurgence of craft” (or what should more accurately be called “NATO-craft”). The military-sponsored resurgence had over the last decades been spreading explicitly anti-oppressive, yet vaguely capitalist and pro-US liberal ideals, under names such as ”punk”, ”DIY”, “craft”, and ”Riot Grrls.” Seemingly critical to core capitalist ideals, these facades managed to further the individualist, entrepreneurial and “craftivist” values into almost every cell of resistance to US domination. 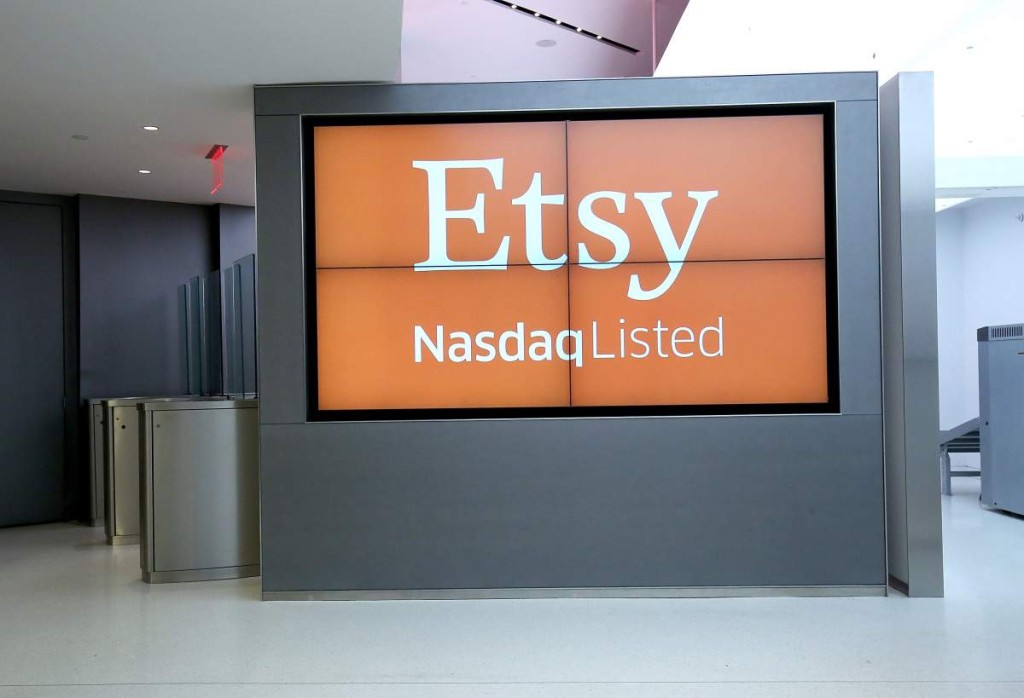 Yet during the last days, after ten years in loyal service to the values of ”NATO-crafts”, the strategic importance of Etsy has been put into question. Many investors have withdrawn their support, most apparently after last week’s DoD-report on the escalating wars across the middle east and the growing humanitarian crisis along the mediterranean and the US-Mexican border.

This may only be a temporary lack of faith in the effectiveness of US soft power, and we can only suspect that CARPA must soon open new recruitment offices as strategic positions to heighten their presence within the most potent craft-scenes. It may seem the military support for crocheted owls as weapons to defend the free West is slowly becoming unraveled. But US soft power has, since the American War of Independence, historically proved to the be the best weapon to conquer the soul and hands of US enemies.

CARPAleaks has long heard rumours about the use of different specialized craft techniques in sniper training. Along with yoga, meditation, mindfulness and target acquisition, snipers use textile craft to calm their nerves behind enemy lines and improve their concealment.

Since the second world war sniper training has involved not only sharp-shooting of the highest level, but also advanced infiltration, target acquisition and not least concealment and environmental studies. The chameleon-like sniper wears camouflage that conceal it from observation (crypsis) and/or to make it appear as something else (mimicry). As sniper teams operate independently, with little combat asset support from their parent units, they have to be largely autonomous and thus need to repair and reproduce their camouflage as their mission evolves. In environments with large variation and color settings, this adds not only cumbersome equipment, but also psychological stress to the team.

In such missions sniper teams need to produce their own camouflage and update their battledress. This is done through advanced skills in textile and fibre arts, not least crochet and natural dyeing. Studies have also shown engagement in crafts releases stress and makes for better markmanship, higher kill ratio, and the more successful fulfilment of missions. It is thus of no surprise that the most advanced textile schools in the country supports our snipers with training and skill development.