Following the success of the “social fabric” infiltration event at NYC’s Open Engagement on May 16-18, where several “social practice” artists presented on how US soft power can better infiltrate unruly and dissident cultures, CARPA has now moved into the center echelons of US global power: the White House itself. CARPA is among the instigators of the first Maker Faire at the White House, which, according to the official statement, celebrates “America’s students and entrepreneurs who are inventing the future by using new tools and techniques.” As the statement from the White House articulates, the event focuses on how “the rise of the Maker Movement represents a huge opportunity for the United States.” However, the nature of this opportunity is written between the lines, obvious only to the selected few.

The strategic timing of this Maker Faire has been highlighted by several security volunteers at Carpaleaks. Not only is this a time of spreading unrest in the Middle East with declining US leverage in the conflict, but also the date, June 18th, is (according to the White House) “to be a nationwide Day of Making when communities across America share and celebrate their involvement.” As a sign to the White House allies in the Free West, June 18th is also the anniversary of the first flight of the F-117 Nighthawk Stealth bomber, widely celebrated amongst warmongering tech fetishists in the NATO-craft communities. The stealth plane made its first widely-publicized attacks in the Gulf War of 1991, a time of unquestioned “Pax Americana” crafted by Free American hands.

Using the widely celebrated “day of stealth” as the new “nationwide Day of Making” sends a message on the true meaning of the Maker Faire at the White House: it is a day of craft mobilization across the US. The Coalition of the Willing Makers are to once again erect a global peace under the hand-crafted gun of the Free West.

The DARPA-sponsored Maker Movement in the troubled Middle East follows in the footsteps of the wildly successful 2013 Maker Faires in Saudi Arabia (Al Khobar), Jerusalem, and Cairo. It newly implements the strategy of cultural imperialist artists who work from the many CIA-sponsored Artist-In-Residence operations in the troubled region. With the new Maker Strategy by the Department of Defense, CARPA has introduced a whole series of new safe houses in the region. These sites are often nicknamed “Makerspaces” or “Hackerspaces” in CIA terminology (the CIA operated “Makerspace” in Abbottabad played a key role in organizing the killing of Osama Bin Laden). Equipped with American power tools and closely controlled by the NSA, each one is ready to produce any weaponized designs sponsored by CARPA’s close collaboration with the the DIY wing of the NRA. 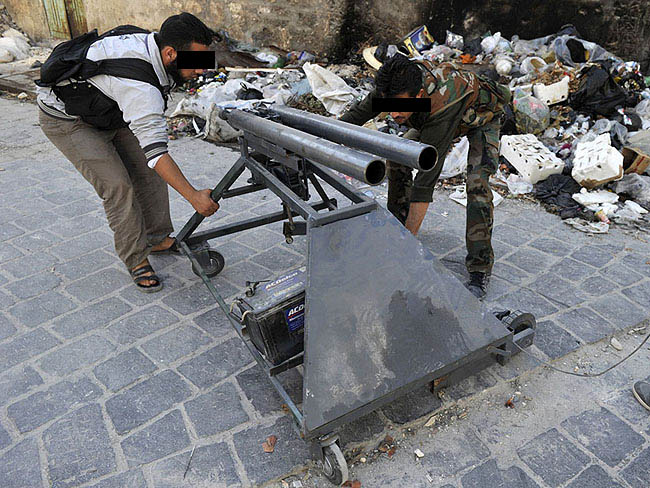 Homemade mortar launcher from one of the Makerspaces in Aleppo

The development of CIA Maker Strategies in the Middle East has not least been visible in the wars in Libya and Syria, which are rife with DIY weapon systems (many inspired by the small prototype models co-instigated by CARPA).

In an interview on the White House blog, Dale Dougherty, CEO of Maker Media, also confirms what the CARPA teams are working on: killer robots hidden as toys, in the form of “an autonomous solar-powered toy that comes alive by day.” “Making is a great way for parents to engage with their kids,” Dougherty states. It is “an activity that is both fun and educational” — producing rockets, robots, and other advanced weapons systems. Similarly, Dougherty suggests that the act of making is a means to “gain control.” He references US heroes like Benjamin Franklin and Henry Ford to suggest how the Maker community may reach positions of imperial power, as pragmatist politicians or heavy-handed industrialists, thereby assuring US domination in their operational fields. Of course, Steve Jobs is also celebrated as the man who put “empowering” NSA surveillance tools in every house in the developed world. “We consider them Makers,” Dougherty says of these imperialist social practice artists. These Makers, through increased efforts from the White House, will soon draw any still-innocent craft community into their political web.

We all know that interest in civil-engineer education is on a all-time low in the US, but using the hashtag #NationOfMakers, weapon manufacturers across the US and its NATO allies can follow the development of a new generation of war engineers, celebrating our future of endless civil wars.

Dougherty claims that the President is “fired up” about the Maker event in the White House, and we surmise that the treacherous CARPA agents are also satisfied with this connection between social practice, craft, and war-in-the-making as a form of democratisation of design. 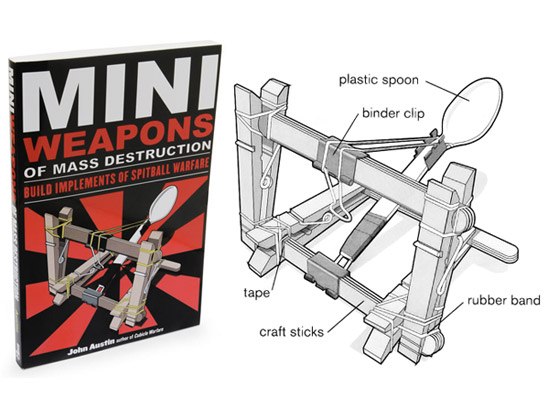 The best-selling book on weaponised making