The DARPA-MAKE axis, and fiber arts as part of the “gun-lifestyle”

December 13, 2013 in Uncategorized by leaks | Permalink 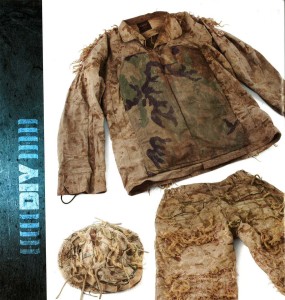 The troublesome rumours of military infiltration into DIY communities and Fiber Arts institutes around the US has been proven true. In 2012 the community around Make Magazine and the Maker Faire was shaken by the in-your-face DARPA funding of the MAKE MENTOR division of O’Reilly. As hinted in the long defence of this military intrusion into peaceful crafting, the DARPA-MAKE initiative reaches into (at least) a thousand schools, not only limited to the United States. This verifies the unnerving trend that much of the global trend of “makerspaces” is centrally controlled by the DARPA-MAKE axis. Not only does this seem like a DARPA-funded global outsourcing of arms research, but also a large-scale infiltration and surveillance by “embedded” makers within arts, crafts and DIY communities. But as some argues, “if you want to work in education, you need to work in the government”, and the same logic can be applied to most cultural work, making the this issue all the more urgent.

However, the worrying development of MAKE-militarization has also surfaced from within the highly trend sensitive part of the military-industrial-complex: the “Gun Lifestyle”. There has been a long history of “lifestyle” weapons and products introduced in computer games and movies, but over the last years a more explicit lifestyle trend has emerged where the “army-of-one” everyday soldier is also doing more artsy DIY stuff: a blatant example of how the military industry is encroaching on the arts community.

The November print issue of Recoil, “The Ultimate Firearms Magazine for Gun Lifestyle”, features in its DIY section a perfect example of “Pop Gun”, as famous lifestyle gun acrobat Peter Palma shows the secrets of DIY fiber arts: how to make a professional DIY ghillie suit. The high end textile craftsmanship of Palma reveals how craft education has become a central part of the world famous Marine Corps Sniper School. A close reading of the article reveals Palma’s deep knowledge of natural dyes, knotting and fiber-handling, showing skills only acquired at top-notch fiber arts programs such as CCA and RISD, both known to have close ties to the military through their craft-counterinsurgency boot camps.

As noted in an interview with Gunnery Sgt. Richard Tisdale at the Marine Corps Scout Sniper Basic Course, the practice of snipers resembles studio practice and is truly avant-garde: “Due to the nature of the sniper’s mission, they must be trained mentally and physically to operate independently forward of friendly positions on the battlefield.” The training of snipers is in some parts modelled after the classic art academies, where students are known to be staying in their isolated studios for days in a row without any human contact except reports from the front line sales of the NYC Chelsea galleries. In a similar vein, both artists and snipers are loners, rarely cooperate and drawn to the front lines of autonomy. Their high skills in field-studies and intense focus on the movement of enemies or collectors bears witness of the close ties between military and fine arts training.

That DARPA and CARPA are having their tentacles in all current cultural lifestyle trends is not really big news at CARPAleaks. But as some proponents  argue concerning these types of collaborations, we should be happy for the government grants we get, also for the advancement of the under appreciated ghillie arts (as the joke goes, you only see the work of art when it is too late). Not only does Palma expose a truly breathtaking skill as gunner, but also some truly avant-garde DIY educational skills in fiber arts, and we should be happy that Recoil now recruits a new generation of applicants to the fiber arts programs in the US.

Perhaps you meet Palma at the next Creative Time?